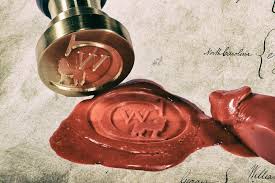 The High Court has held that a deed does not have to be sealed to obtain the benefit of a 12-year, rather than 6-year limitation period, in circumstances where it is executed in accordance with the Law of Property (Miscellaneous Provisions) Act 1989.

In this case, the question turned on whether a Share Purchase Agreement, dated 14 November 2007, under which all the claims were made, was a speciality for the purposes of section 8 of the Limitation Act 1980.

The Limitation Act 1980 provides for a limitation period of 6 years for actions in respect of simple contracts (section 5) and 12 years for actions on a speciality (section 8). A “speciality” is not defined in the Act, but is commonly understood to mean a document under seal. This case raises a novel point of law in relation to whether documents executed as deeds, but not sealed, qualify as specialities thereby attracting the longer 12-year limitation period, something which to the judge’s knowledge had not been considered or decided by the courts before.

Martin Griffiths QC (Sitting as a Deputy High Court Judge) made clear that:

“I have no doubt that a deed which complies with the formalities of section 1 of the Law of Property (Miscellaneous Provisions) Act 1989 is a speciality within the meaning of section 8 of the Limitation Act 1980 even if has not been sealed. The 12-year limitation period therefore applies to such a deed in the same way as if it had been sealed.”

The court held that the important point about a deed as opposed to other legal commitments was its particular formality and solemnity. The seal represented the degree of solemnity that was intended. What made the deed a speciality was the parties’ intention to import that degree of solemnity, rather than the seal itself.