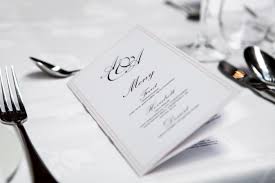 Disclosure is deemed to be a great safeguard of the fair and just civil procedure as its concept serves to preserve documents related to a dispute in order to be produced at any stage of the proceedings until those come to an end , even if these documents are adverse to the cause of the party disclosing. However, it has been a popular perception by both litigants and their legal representatives that disclosure in its current shape and form is often inefficient, with 70% of respondents in the Survey conducted by London Solicitors Litigation Association in 2017 indicating that the disclosure regime is failing to control the burden and costs of disclosure.

Despite the best effort of the Woolf (1999) and Jackson (2013) reforms to streamline the process to make it more proportionate and cost-effective, it remains an expensive and chaotic part of litigation. The “menu disclosure” introduced by the Jackson reforms to facilitate a more flexible disclosure is very rarely used.

In June 2016, the GC100 – a group consisting of the general counsel and company secretaries of FTSE 100 companies – went directly to the Court and raised concerns about the cost, complexity and scale of the current regime.  This gave rise to the Disclosure Working Group (DWG), which was set up to propose practical solutions to achieve a more efficient disclosure procedure. In November 2017, the DWG proposals were published for public consultation.

What are the practical implications?

As of 1 January 2019, a new Disclosure Pilot Scheme is operating in Business and Property Courts in England and Wales for two years under Practice Direction 51U published in July 2018. First, the new regime seeks to address the demands by businesses that need to be able to litigate without constantly incurring costs, disproportionate to the complexity and value of their claims. That usually happens when the parties are required to disclose a large number of documents to the extent where it becomes practically impossible to fulfil their disclosure obligations. The Pilot intends to eradicate that by replacing existing menu of disclosure options with five Disclosure Models lettered A to E:

Secondly, the Pilot demands that litigators turn their mind to the issues of disclosure at the first opportunity. There is now a requirement for parties to disclose any documents referred to in their Statements of Case and sign a Disclosure Certificate, confirming that they have disclosed documents (particularly adverse documents), acted honestly and taken steps to preserve documents.

Thirdly, the Pilot seeks to address the problem of electronic disclosure long criticised under the current regime – the DWG describe it as “unfit for purpose”. The Pilot has therefore been designed to promote the use of technology and PD 51U specifically imposes a duty on parties and their legal representatives to consider using software and other analytical tools, including technology assisted review.

Fourthly, the Pilot seeks to eliminate the lack of engagement between the parties and their legal representatives before the first CMC by imposing a general duty to cooperate with each other in order to agree the scope of disclosure as well as the costs of carrying out the exercise.

Where will it apply?

For the first two years the Pilot will apply to all Business and Property Courts in London, Bristol, Cardiff, Birmingham, Manchester, Leeds, Newcastle and Liverpool with an exception of Shorter and Flexible Trials Scheme, fixed and capped costs regimes, IPEC, admiralty and public procurement matters.

Further, a recent case dealing with the applicability of the Pilot, UTB LLC v Sheffield United Ltd [2019] EWHC 914 (Ch), suggests it is to be used in all relevant cases in the applicable courts (currently, only Business and Property Courts with some exceptions) even where a disclosure order was made before 1 January 2019.

It will be interesting to see how practitioners adopt to the Pilot in the coming 18 months. What is for certain is that parties and their legal representatives will have to think carefully about the issue of disclosure from the very outset.