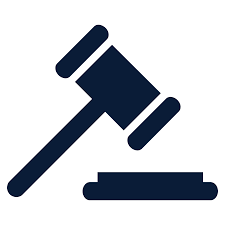 Eldwick Law were recently instructed by the Defendants in a claim brought by Energie Direct Franchising Limited, the operating company for national fitness chain Fit4Less.

The F4L franchise network was launched in 2003, and claims to have more than 100 clubs throughout the UK, Ireland and Eastern Europe.

The background to the claim is that the Defendant, Mr Nabi (a franchisee of Energie) was unhappy with the service being provided by energie Fit4Less, in particular their in-house software system called “Elan”. Mr Nabi was a vocal critic within the Energie franchisee network and felt that he was being bullied and intimated by Energie’s chief executive Mr Jan Spaticchia for voicing his concerns. There was then a significant deterioration in the relationship between Mr Spaticchia and Mr Nabi. Energie eventually terminated their Franchise Agreement with Mr Nabi on 28 April 2017. Under clause 25.3 of that Franchise Agreement, Energie exercised its option to take over the lease of the club, to purchase its assets including fitness equipment and to have assigned or novated to it any other contracts.

Energie appointed three surveyors to provide opinions on the open market value of the lease. All three surveyors opined that the lease had little value and produced an “average-of-averages figure of £8,344” which was offered to Mr Nabi as the value of the lease. Mr Nabi rejected the valuations on the basis that Energie’s valuers were biased and the valuations were therefore not independent. This then led to a period where Mr Nabi continued to operate the club, even though the Franchise Agreement had been terminated (the “Interim Arrangement”). During the Interim Arrangement, Energie unilaterally ceased making payments received by Star Gym’s members, “purportedly so that it could if and when necessary pay for the Club’s staff, members and landlord.” After several months of negotiations, whilst Energie continued to withhold Mr Nabi’s payments, the club was closed down and Mr Nabi “flipped the signs” and handed the club to a company called HRPMoon Limited, of which Mr Nabi’s wife was the sole director.

Energie Fit4Less brought a claim for breach of the Franchise Agreement, breach of confidence, procuring breaches of contract and unlawful means conspiracy. They also sought an injunction for specific performance, springboard injunctions against HRPMoon Limited, delivery up of confidential data, database, contact details and unquantified damages.

“I am bound to record that neither Mr Spaticchia nor Mr Horner impressed me as reliable witnesses, especially in attempting to minimise the relationship between Energie and GCW and explain Mr Horner’s role.”

“Mr Spaticchia also seemed to me readily prepared to assume and hypothesise, if not invent, to make up for gaps in his recollection. I do not accept that he had a sufficient grasp of the details of his dealings with the Defendants to gainsay the documentary evidence and obvious inferences therefrom.

As for Mr Nabi, whilst many aspects of his evidence seemed consistent with the documents or otherwise plausible – especially as regards the attempts to dominate the Defendants as franchisees by Energie – his account of how HRPMoon came to operate the Club – under his wife’s independent initiative, and with “accidental” access to the Member Information on his laptop – was incredible. This necessarily cast doubt over other controversial aspects of his testimony.”

After a trial of 7 days, Mr Rosen QC dismissed Energie’s claims for specific performance and for damages (save as to nominal damages).

A copy of the judgment can be accessed here: JUDGEMENT