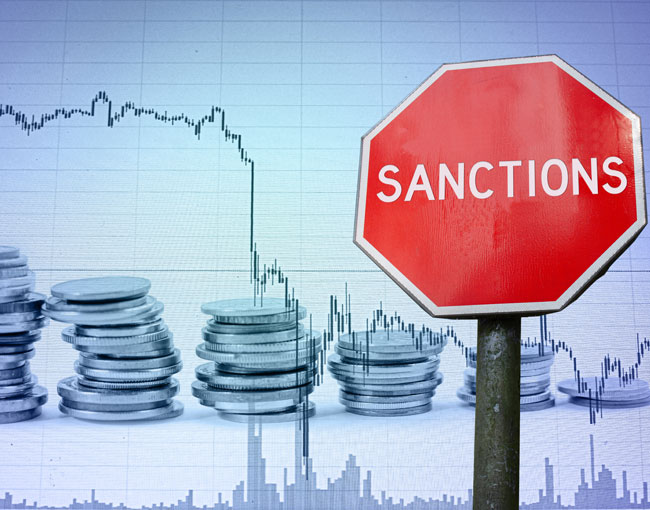 The power of the UK, US, and the EU to freeze assets and prevent funds or assets from being made available or used for the benefit of a sanctioned person, entity, or body should not be underestimated. Since 9/11, the weaponisation of finance through the imposition of sanctions has risen exponentially. Although the focus at present is on the sanctions being imposed on Russian businesses and people, other countries, notably Iran, have been subjected to sanctions aimed at squeezing the state out of the world’s financial system. The Obama administration imposed restrictions on Iran’s central bank which put pressure on the country to negotiate the 2015 deal concerning its nuclear programme. In the UK, the Iran (Sanctions) (Nuclear) (EU Exit) Regulations 2019 “provide for the freezing of funds and economic resources of certain persons, entities, or bodies responsible for the proliferation or development of nuclear weapons in, or for use in, Iran.”

Asset freezing is not restricted to alleged political and human rights violations. It is also used against people, entities, or bodies who are suspected of money laundering or in cases where a UK enforcement agency believes, on the balance of probabilities, there are reasonable grounds to suspect certain assets and/ funds are the proceeds of crime or are intended for use in unlawful conduct. Certain people/groups subject to financial sanctions are also deemed terrorist organisations and face parallel counter-terrorist finance measures.

In this article, we examine how a designated person can challenge the inclusion of their name on a sanctions list to release their assets and end any other financial prohibitions related to their interests.

How does an enforcement body freeze assets in the UK and internationally?

The Sanctions and Anti-Money Laundering Act 2018 (SAMLA) enables the UK government to impose economic and other sanctions as well as pass anti-money laundering regulations.

If a person, entity, or body has had its assets frozen no one will be able to:

Financial sanctions may also forbid anyone from providing or performing banking, insurance, and other financial services to a designated person, entity, body, or country.

It is important to note that asset freezes and financial sanctions can apply not only to designated people but to any entity which is “owned or controlled, directly or indirectly, by a designated person”. Examples of ownership or control may include a designated person holding over 50% of the voting rights in a company or having the power to appoint or remove a majority of the Board.

What are the penalties for breaching financial sanctions?

Another penalty which can be imposed on a person, entity, or body that breaches financial sanctions is the issuing of a Serious Crime Prevention Order (SCPO). A SCPO is a civil injunction aimed at preventing serious crime and can include any restriction or requirement that the court sees fit to impose.

Can inclusion on a sanction designations list be challenged?

The method of challenging being named a designated person on a sanction list will depend on the source of the sanction list, namely the UN Security Council, the Council of the European Union, or the UK government.

Under SAMLA, a person designated under a UN sanctions listing can request that the UK Government seek to have their name removed from the list. If the government refuses, the person may apply for judicial review. If the High Court rules that the government acted unlawfully, the government can be ordered to use its best endeavours to have the person de-listed, however, the court cannot order the listing to be quashed.

In R (Youssef) v Secretary of State for Foreign, Commonwealth and Development Affairs [2021] EWHC 3188 (Admin) the claimant challenged the continued application of the assets-freezing regime imposed on him by the ISIL (Da’esh) and Al-Qaida (United Nations Sanctions) (EU Exit) Regulations 2019 as being incompatible with the right of access to a court guaranteed by Article 6 of the European Convention on Human Rights (ECHR) and the right to private and family life protected by Article 8 ECHR. The High Court rejected the claimant’s arguments, stating that Article 6 and 8 require that a domestic court can review a UN derived sanctions listing to see if it is haphazard and SALMA provides for this. The ECHR, however, does not demand that a domestic court should be able to quash a UK sanction. Therefore, SALMA was compatible with the ECHR.

Unfortunately, this decision does indicate a watering down of post-Brexit human rights protections and a strengthening of the UK’s position on sanctions.

Council of the European Union listing

There are two ways to challenge a designation at an EU level:

In European Commission v Kadi (Cases C-584/10 P, C-593/10 P and C-595/10 P) ECLI:EU:C:2013:518 (Kadi II), the European Court of Justice annulled the re-listing of the claimant on a UN designated list by the EU because there was insufficient reasons provided for his designation as an “associate” of Osama bin Laden and Al-Qaida. Furthermore, not enough evidence had been provided to enable the court to determine whether the reasons given for the claimant’s inclusion on the designated list could be corroborated.

A listed person can request that their inclusion on a sanctions list is reviewed by submitting a Sanctions Review Request Form, along with supporting evidence, to the Foreign, Commonwealth & Development Office (FDCO), which will review the request and provide a decision and the reasoning behind it. It is possible to bring a judicial review against the FDCO decision if the application to be removed from a designated list proves unsuccessful.

Britain’s exit from the EU has made challenging sanctions more difficult on a practical level. This is because the European Court of Justice has provided a string of case law demonstrating that they can and will review sufficient evidence to support the reasons given by EU institutions for listing a person. Since 11 pm on 31st December 2020, UK citizens no longer have the right to challenge being included on the UN designated sanctions list in the European Court of Justice.

Although R (Youssef) v Secretary of State for Foreign, Commonwealth and Development Affairs was not a positive decision in terms of the UK courts deciding to follow the European Court of Justice’s stance of annulling sanctions in certain circumstances, the fact is that given the political and economic impact sanctions have on people, organisations, and governments, more legal challenges can be expected in the near future, particularly concerning the recent spate of Russian sanctions. These future decisions will determine the UK courts’ post-Brexit direction on sanctions, commercial freedom, and human rights.

Note: The points in this article reflect sanctions in place at the time of writing, 26th April 2022. This article does not constitute legal advice. For further information, please contact our London office.