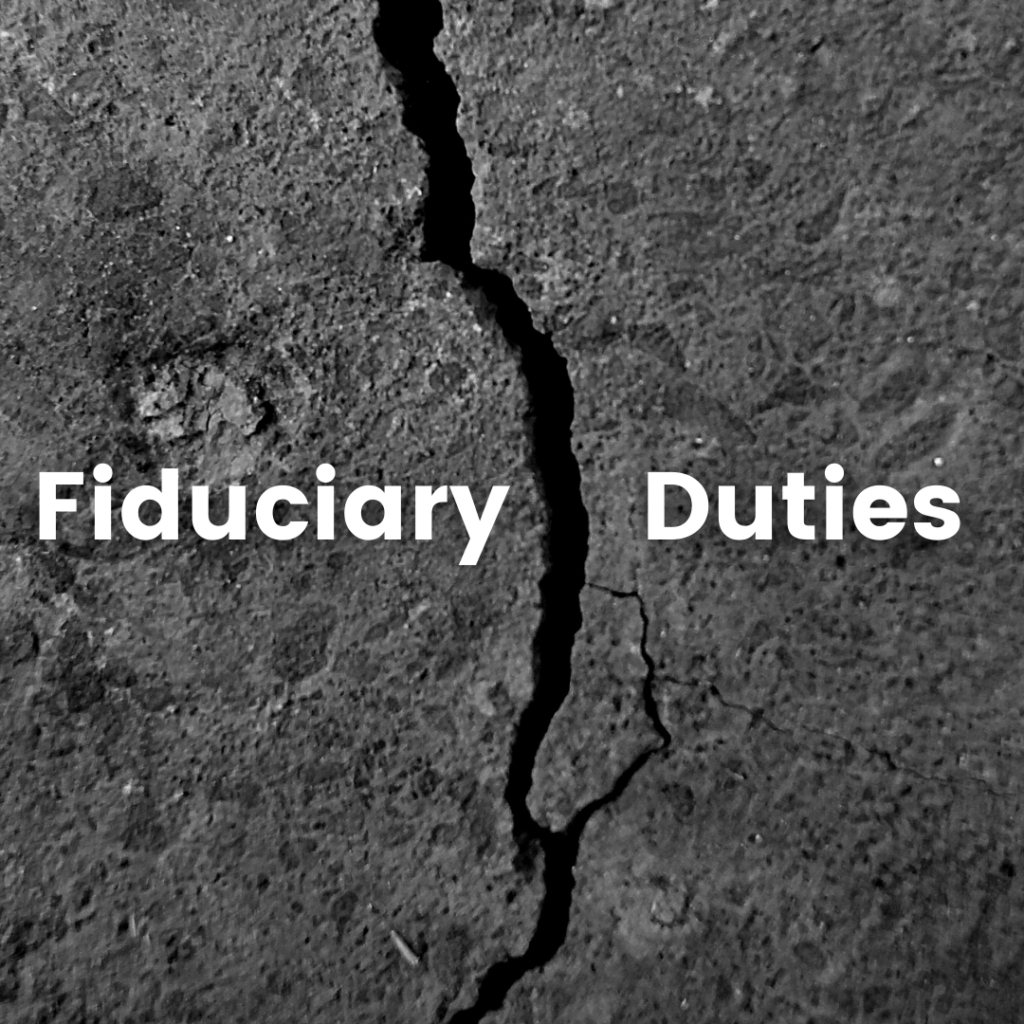 The Companies Act 2006 provides for a series of duties directors owe to the company. If a director breaches these duties, it may be possible for shareholders to bring a claim.
For example, a director has a duty to act in the best interests of the company and promote its success. The consequences of breaching directors’ duties can be both criminal and civil, therefore it is crucial that directors understand not only their statutory duties under the Companies Act but also their powers and responsibilities under the Articles of Association.

Before explaining what directors’ duties are and the consequences of a breach, it is important to note that these duties are owed to the company and therefore, only the company can enforce them. However, shareholders and fellow directors can bring a claim on behalf of the company. Furthermore, if the company becomes insolvent, creditors can pursue a claim, for example, in cases where a director is alleged to have continued to promote the interests of shareholders rather than the interests of its creditors after they knew or ought to have known the company is insolvent or bordering on insolvency.

What are the directors’ duties?

The general duties of a company director are found in sections 171-177 of the Companies Act. They are:

What are some examples of breach of directors’ duties cases?

What penalties can be imposed for a breach of directors’ duties?

There are several sanctions the court can make if a director is found to have breached their duties, including:

Can the company ‘forgive’ a director for a breach of duty?

Yes, section 239 regulates the company’s right to ratify (forgive) conduct by a director amounting to negligence, default, breach of duty, or breach of trust in relation to the company. The ratification decision must be made by resolution of the members and neither the director nor anyone connected with them can be part of the resolution.

Most importantly, a breach of duty that results in a decision that threatens the solvency of the company or causes a loss to its creditors cannot be ratified.

In cases of negligence, default, breach of duty, or breach of trust claims, the court can relieve a director of liability in whole or in part if:

Civil litigation in cases involving directors’ duties is a highly complex area of law and requires the involvement of specialist solicitors. Take for example the Enea case mentioned above which concerned shareholders bringing a claim against the board for, in broad terms, failing to consider environmental and climate change matters in their decision making. These types of directors’ duties claims are guaranteed to rise as the science around the impact of company actions on climate change becomes clearer. This, and other types of directors’ duties claims, such as conflicts of interests, can involve cross-border and joint venture elements, adding to the complexity of the matter.